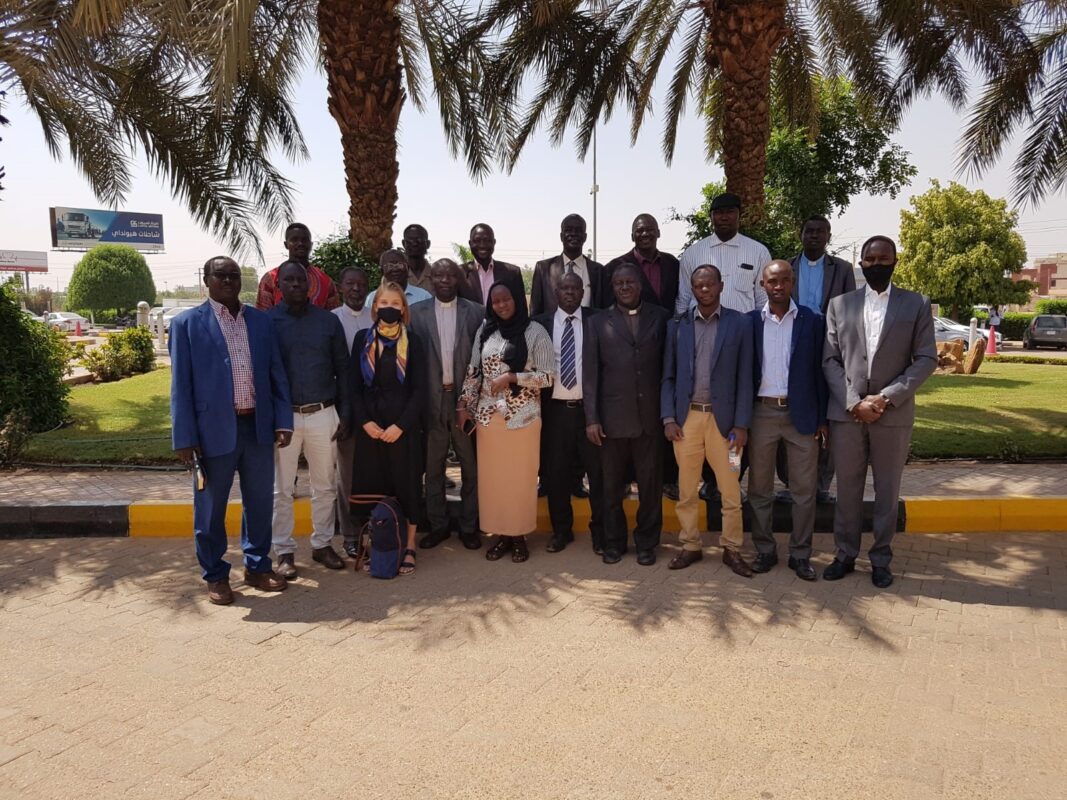 Over the past several years, Sudan has made steady progress to advance freedom of religion and belief.  Religious actors in the country expressed the sentiment of now having an option to freely claim their religious freedom and practice.  With this new environment, religious actors are eager to increase their capacities in order to better serve their communities.   As part of this effort, the Network attended a conference on Religious Freedom and Belief and Peaceful Co-existence, organized by the Sudan Ministry for Religious Affairs and Endowments, in Khartoum on October 19-20.

While in Sudan, Network consulted with several actors on challenges and opportunities in order to advance peace and human rights in Sudan, including: religious actors, the Sudanese Minister of Religious Affairs and Endowments, President of the Sufi Assembly of Sudan, Secretary General of the Sudan Council of Churches, European Union and United Nations Development Population.

There is a general consensus regarding the need to address hate speech within various Muslim groups and towards the numerical Christian minority.  The UN Plan of Action for Preventing Hate Speech should look to be implemented throughout Sudan to serve as a powerful mechanism for curbing hate speech and subsequent incitements to violence.  Inclusivity is another element in which must be addressed, especially regarding increasing the role of women of faith in religious settings.  These elements are contributing factors to build and sustain peace within the country.

As an outcome of the visit, the Network and the Sudan Ministry for Religious Affairs and Endowments signed an Memorandum of Understanding on collaboration to advance peace, reconciliation and inter-faith dialogue in Sudan and globally.  The Network would like to congratulate the Ministry for a successful conference and taking the important steps to promote human rights and FoRB in Sudan.