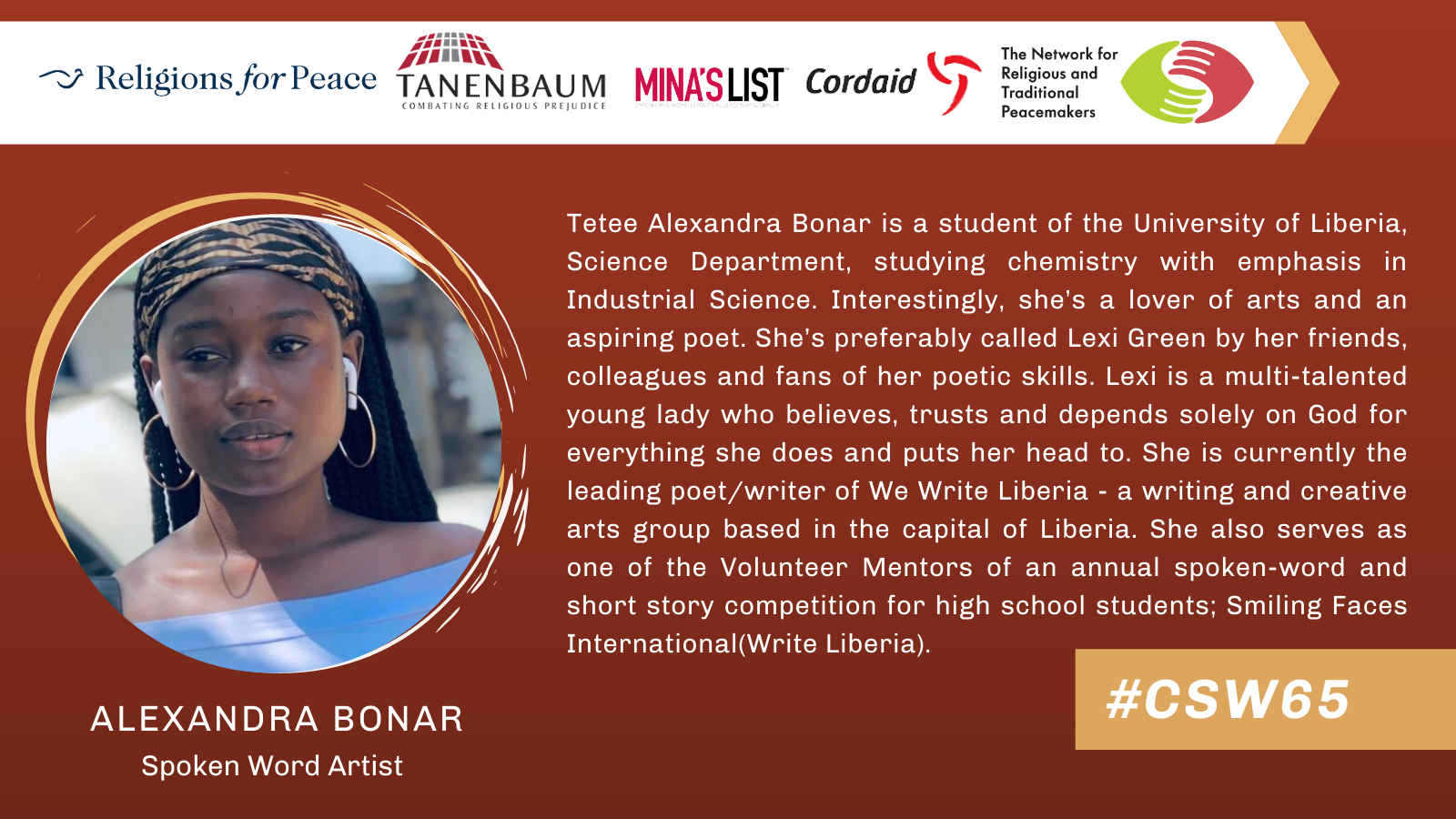 Centuries ago
God beautifully created creation
Singly,
aggregately,
widely,
Uniquely,
He breathed through man’s nostrils and gave man his existence
Also to man, God handed a partner – in woman as a second set of hands needed to run the
things of earth

Then, generations after generations, and decades after decades
Society came with a wedge to juxtapose women like objects and drag them outside of history
Hemmed and stitched them inside and outside
With silence and planted them on farms
Society came with blocks to build walls between man and woman
So that women would learn to sit on top of the fence, stare and say nothing
As society taught my mother to teach me
That women are seen and not heard

So women were designed to watch and not speak,
Say yes against their will, and by the will of society, say no.
Women were taught to cook and not taught the books
They were taught things only at their detriments for years,

But with the passing of time,
Women bore women that bore women
Who bore brave women;
That knew how to raise their hands and their voices and stomp their feet
To say yes and to say no;
Yes to equal rights and no to stereotypes and injustices

Women who were born brave
Were also born smart and sharp,
Powerful and sound,
So they stood their ground and learned how to learn;
Learned how to be taught and was taught to teach
So they learned trades, professions, arts and crafts, wrote stories, poems, books and became
stories of their own;

Warrior-like stories, phenomenal stories
Eyes-stretching and exceptional stories
That today, we learn those women, teach those women and learn how to become those women
So to you oh virtuous women
Come and let us reason together and pick up ourselves in places we were dropped

Kemah, Afiya, Kate, Zara, and Lola;
Black, white, brown, chocolate, butter peacan brown, albinos, Vertiligo’s women, women
living with disabilities,
Come and let us march on.
We have found the way to our liberation
So let us look deep beneath our scars the uniqueness that lie within
Because God’s intention of Creating us
Solely differs from the way society sees us!
You oh women, come with faith in one hand
And Grace in the other hand and with power on your feet to find yourself!