Experience of a young peace researcher with conventional research vs. participatory action research

By Sameer – ALLY young researcher from Pakistan, part of the Amplifying Leadership of Local Youth in Preventing Violent Extremism in South Asia program

In this blog post, I will discuss: the differences between Conventional Research and Participatory Action Research in peace research in South Asia, my experience of these approaches based on my involvement in two projects, and which approach is the most appropriate for your goals. Join me on my journey to know what it is like to be a young peace researcher from India!

I have been part of two research projects on Peacebuilding and Preventing Violent Extremism (PVE). My first project was on “Conflict(ing) Policy and Unpeaceful Means: an Overview of Kashmir’s Turmoil” undertaken as part of my post-graduation dissertation. Due to certain legal and moral limitations, I will not declare the name of the institution. I followed the Conventional Research approach and abided by institutional norms. It was a small impact assessment study of the Ministry of Rural Development’s Himayat Program, designed to reduce violence in Kashmir Valley through entrepreneurial opportunities. 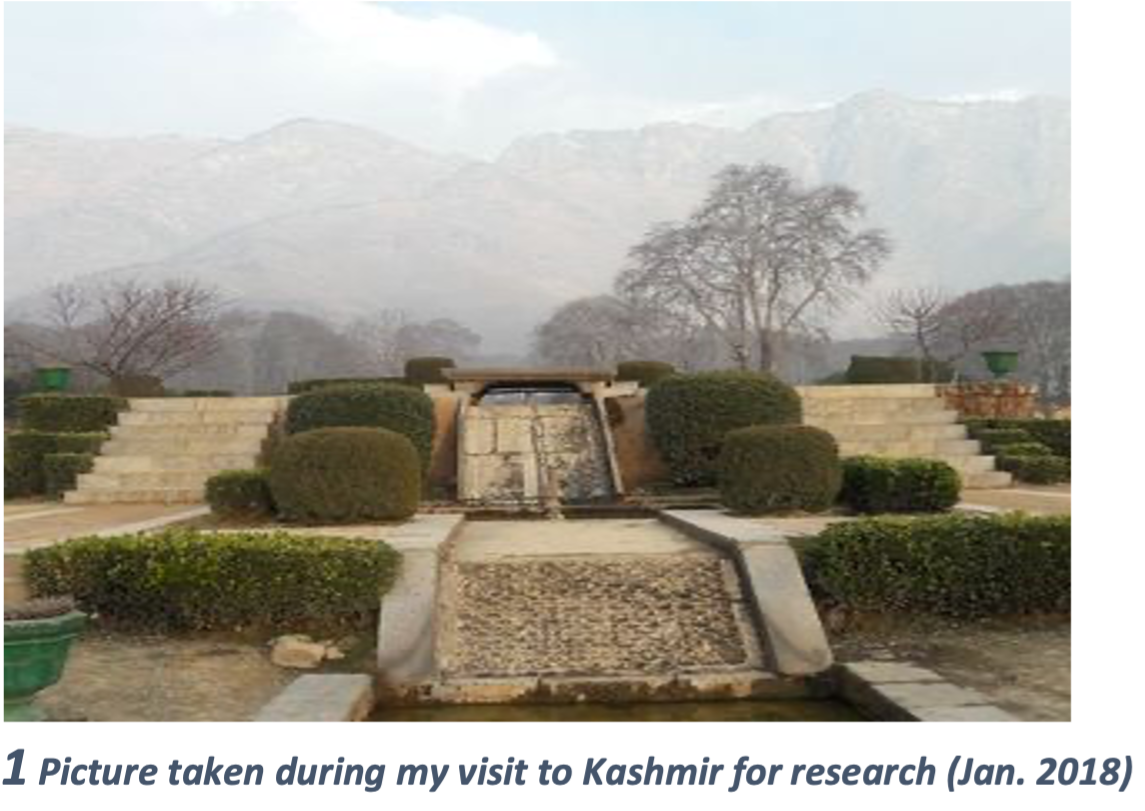 The picture on the left was taken on the first day of the ALLY Project shows how I was mostly alone during my conventional research project compared to the second picture on the right, where I was surrounded by a team of young, motivated people. 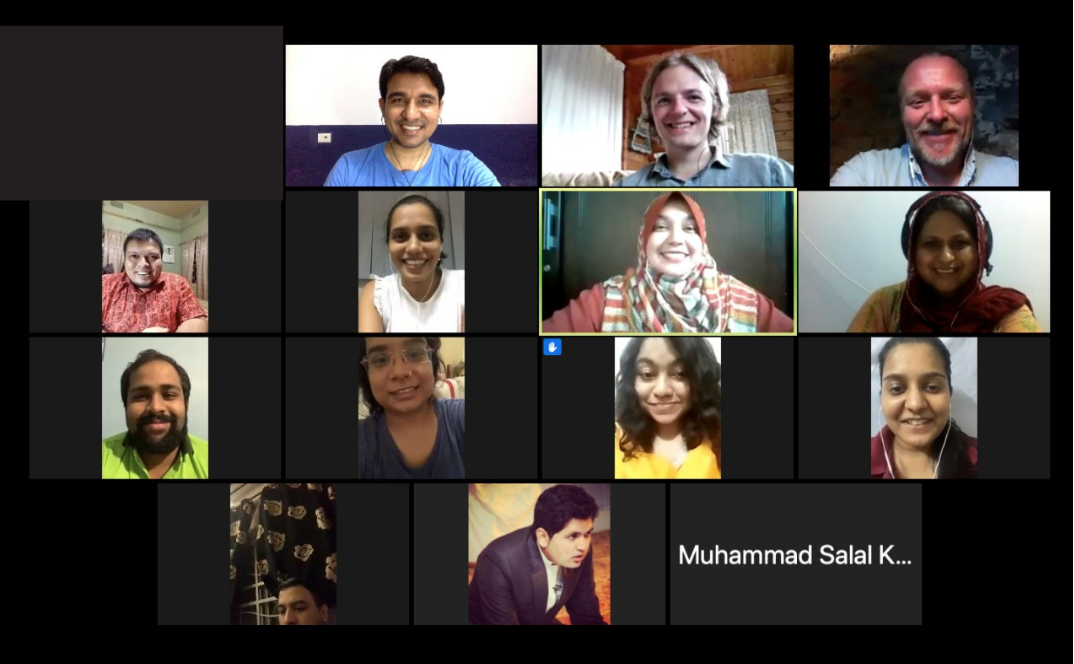 More recently, I participated in the #ALLY Project funded by the European Union and implemented by UNOY Peacebuilders with a consortium of partners. I worked with Felix, the lead researcher, and seven other colleagues from Bangladesh, India, Pakistan, and Sri Lanka. This project was based on the Participatory Action Research approach. While I had previously been introduced to this approach, this project equipped me with the relevant tools to be implement it.

Motivation: As part of a study program, I conducted a research project which could not be related to peacebuilding. However, my calling was to work in the field of conflict and peace. I was the only student who chose such a topic.

Literature Review: I read a lot on peace and conflict since it was a new subject for me. I realized later that most of my reading was centered on international reports, policy papers, research journal articles, and legal material, mostly engaged with Countering Violent Extremism (CVE). I was not exposed to youth-centered publications.

Research Objective & Questions: Since I was to conduct this research individually, its objective and questions needed to be limited, decided in isolation, and could only be supported by a literature review.

Data Collection & Analysis: The sample for data collection was solely based on demographic attributes and the data was collected through survey forms.

Drafting & Presentation: Very little time was allotted for this part. The panelists saw our presentations because of obligation and were rigid about their own knowledge.

Outcome: The dissertation just added to the many reports written by students and hardly referred to. I was majorly discouraged by the panelists. I was told that my research question itself was baseless, even though it was based on the core objective of the very same government scheme I was assessing. I could not publish my work anywhere because hardly any good policy research publication values qualitative or descriptive research. Also, I would be in danger because some of my findings were controversial. All of this left me unmotivated.

Motivation: The ALLY Project is the brainchild of young peacebuilders passionate about PVE. I felt I was following my calling. This motivation increased a lot when I interacted with the organizers.

Literature Review: I was exposed to a wide range of publications, including youth-centered and created ones. I read about laws like UNSCR 2250 in much detail, which enabled me to understand the difference between CVE and PVE. I read reports created through the Participatory Research approach, which helped me to figure out the kind of outputs we needed to produce.

Research Objective & Questions: They were decided based not only on certain kinds of literature but also on the experiences of young researchers, the political and cultural context, and most importantly the contribution the research needs to bring to society.

Data Collection & Analysis: The samples for data collection were very carefully selected, focusing on how adequately the respondents would be able to contribute to the analysis. The data was collected through semi-structured interviews, which gave us more flexibility on the questions. They were conducted online due to the pandemic. Descriptive data were asked to be included, along with numbers.

Drafting & Presentation: A significant amount of time was allotted for this task. The panelists or organizers were interested to know about the research, and they used their existing concepts to make the synthesis more polished.

Outcome: The research produced reports and policy briefs, which would be presented to several stakeholders and decision-makers. This research will be disseminated, leading us to another phase of the project: implementation. I decided to be part of it as well. Hopefully, this project will bring about some change in world conditions.

Which research approach should you use?

From my professional experience, especially with the two projects, I would recommend an approach based on your goal. 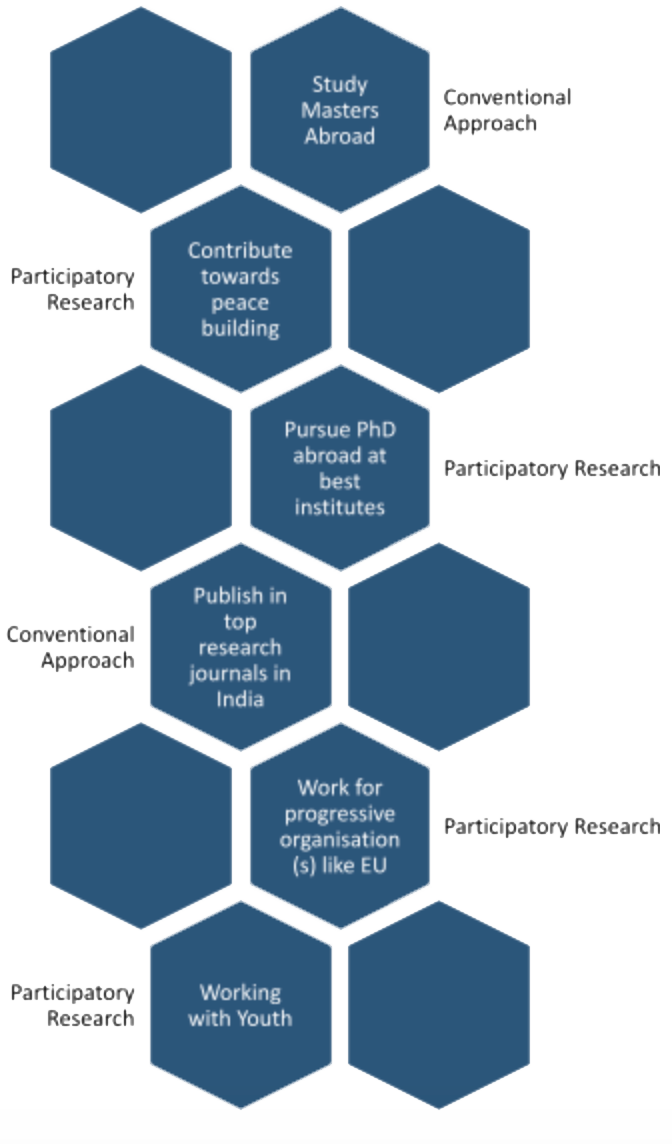 We may never be strong enough to be entirely nonviolent in thought, word, and deed, but we must keep nonviolence as our goal and make strong progress towards it.

Sameer is from India, and he believes in a peaceful, borderless world. His consultancy is an important step towards his dream of working towards bringing about world peace. His life is based on a philosophy of multiplicity and transdisciplinary, not only academically and professionally, but also comprehensively, in belief systems, socio-cultural aspects, and plural thought-processes, thus emphasizing compassionate, humane coexistence. Scholastically, he is a progressing Development Professional and ardent peace researcher, with a post-graduation in Development Studies from EDII. He has had exposure in the sectors of Higher Education, Livelihoods, Policy Research, Self-Growth, Peace and Conflict, Entrepreneurship, Immigration, Training and Development, and Psychology. Adding to his exposure is his travel across 13 Indian States.